All African states are members of the African Union. 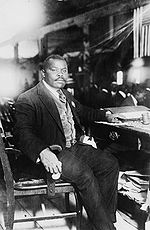 The idea of a multinational unifying African state has been compared to various medieval African empires, including the Ethiopian Empire, the Ghana Empire, the Mali Empire, the Songhai Empire, the Benin Empire, the Kanem Empire, and other historic nation states.[4] During the late 19th and early 20th century the majority of African land was controlled by various European empires, with the British controlling around 30 per cent of the African population at its peak.[5] 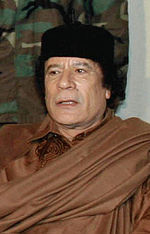 In February 2009, upon being elected chairman of the 53-nation African Union in Ethiopia, Gaddafi told the assembled African leaders: "I shall continue to insist that our sovereign countries work to achieve the United States of Africa."[6] The BBC reported that Gaddafi had proposed "a single African military force, a single currency and a single passport for Africans to move freely around the continent". Other African leaders stated they would study the proposal's implications, and re-discuss it in May 2009.[7]

The focus for developing the United States of Africa so far has been on building subdivisions of Africa - the proposed East African Federation can be seen as an example of this. Former President of Senegal, Abdoulaye Wade, had indicated that the United States of Africa could exist from as early as 2017.[8] The African Union, by contrast, has set itself the task of building a "united and integrated" Africa by 2025.[9] Gaddafi had also indicated that the proposed federation may extend as far west as the Caribbean: Haiti, Jamaica, the Dominican Republic, the Bahamas and other islands featuring a large African diaspora, may be invited to join.[10]

Gaddafi also received criticism for his involvement in the movement, and lack of support for the idea from among other African leaders.[11] A week before Gaddafi's death during the Libyan Civil War, South African President Jacob Zuma expressed relief at the regime's downfall, complaining that Gaddafi had been "intimidating" many African heads of state and government in an effort to gain influence throughout the continent and suggesting that the African Union will function better without Gaddafi and his repeated proposals for a unitary African government.[12]

After the death of Gaddafi

Gaddafi was ultimately killed during the Battle of Sirte in October 2011. While some regard the project to have died with him, Robert Mugabe expressed interest in reviving the project.[13] Following the 2017 Zimbabwean coup d'état, Mugabe resigned as President.[14] On 6 September 2019, Mugabe died.

The nations of Eritrea, Ghana, Senegal, and Zimbabwe, have supported an African federation.[15] Others such as South Africa, Kenya, and Nigeria have been more skeptical, feeling that the continent is not ready for integration.[2] North African countries such as Algeria, Morocco, Egypt, Tunisia, and post-revolution Libya who have traditionally identified more with rival ideologies like Arab nationalism, Berberism and Islamism have shown less interest in the idea.

Support appears to be inversely proportional to a nation's power and influence. Doubts have been raised about whether the goal of a unified Africa can ever be achieved while ongoing problems of conflict and poverty persist throughout the continent.[16]

The proposed federation would have the largest total territory of any state, exceeding the Russian Federation. It would also be the third most populous state after China and India, and with a population speaking an estimated 2,000 languages.

In the fictional Halo universe, the United States of Africa exist as a nation of the United Earth Government, within the United Nations Space Command.

The 2006 French-Beninese film Africa Paradis is set in the United States of Africa in the year 2033.

The 1990s cartoon Bots Master has a United States of Africa, and its President is one of the few people who believes that Ziv "ZZ" Zulander is not a terrorist.