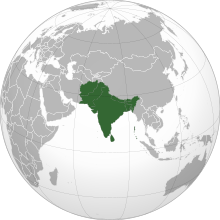 The South Asian Free Trade Area (SAFTA) is an agreement reached on January 6, 2004, at the 12th SAARC summit in Islamabad, Pakistan. It created a free-trade area of 1.6 billion people in Afghanistan, Bangladesh, Bhutan, India, the Maldives, Nepal, Pakistan and Sri Lanka to reduce customs duties of all traded goods to zero by the year 2016. The SAFTA agreement came into force on January 1, 2006,[1] and is operational following the ratification of the agreement by the seven governments. SAFTA required the developing countries in South Asia (India, Pakistan and Sri Lanka) to bring their duties down to 20 percent in the first phase of the two-year period ending in 2007. In the final five-year phase ending in 2012, the 20 percent duty was reduced to zero in a series of annual cuts. The least developed countries in South Asia (Nepal, Bhutan, Bangladesh, Afghanistan and the Maldives) had an additional three years to reduce tariffs to zero. India and Pakistan ratified the treaty in 2009, whereas Afghanistan as the 8th member state of the SAARC ratified the SAFTA protocol on 4 May 2011.[2]

The Agreement was signed in 2004 and came into effect on 1 January 2006, with the desire of the member states of the SAARC (Afghanistan, Bangladesh, Bhutan, India, the Maldives, Nepal, Pakistan and Sri Lanka) to promote and sustain mutual trade and economic cooperation within the SAARC region through the exchange of concessions.

The establishment of an Inter-Governmental Group (IGG) to formulate an agreement to establish a SAPTA by 1997 was approved in the Sixth Summit of the SAARC held in Colombo in December 1991.

The basic principles underlying the SAFTA are as follows:

Purpose of the agreement

The purpose of the SAFTA is to encourage and elevate common contract among the countries such as medium and long term contracts. Contracts involving trade operated by states, supply and import assurance in respect of specific products etc. It involves agreement on tariff concession like national duties concession and non-tariff concession.

The main objective of the agreement is to promote competition in the area and to provide equitable benefits to the countries involved. It aims to benefit the people of the countries by bringing transparency and integrity among the nations. The SAFTA was also formed in order to increase the level of trade and economic cooperation among the SAARC nations by reducing the tariff and barriers and also to provide special preference to the Least Developed Countries (LDCs) among the SAARC nations.to establish framework for further regional cooperation.

Following are the instruments involved in the SAFTA:

Misuse of the SAFTA

Traders use the SAFTA to reroute palm oil through Bangladesh, Nepal into India. The Solvent Extractors’ Association of India (SEA), the apex body of the vegetable oil trade, has called upon the government to look for ways to end indirect sourcing of palm oil and soyoil from Nepal and Bangladesh under cover of the South Asian Free Trade Agreement (SAFTA).

This will help Malaysia reroute palm oil through Bangladesh and Nepal to offset Indian government’s move to stop imports of Malaysian palm oil after Prime Minister Mahathir Mohamad’s stand against the abrogation of special status to Kashmir.

SEA has called on the government to close a loophole in the South Asian regional free-trade pact that has been used to circumvent customs duty by re-routing palm oil and soyoil imports through Nepal and Bangladesh.

“The palmolein being imported from Nepal is of Indonesian and Malaysian origin and soybean oil is of South American origin, routed through Nepal or Bangladesh ... for getting the duty exemption for such imports,” it said in a statement.

India charges 50 per cent tax on refined palm oil and 45 per cent on refined soyoil and another 10 per cent surcharge on the duty.

Nepal imported 54,076 tonnes of palm oil from July to August and exported 35,706 tonnes to India during the period, the trade body said, citing import data.

The re-routing is leading to a monthly government revenue loss of Rs50 crore ($7 million) and also hurting refiners in the north-eastern parts of India, it added.