Shortcut
The United States of America is a federal republic of 50 states, a capital district, and a number of other territories. It is located mostly in central North America. The U.S. has three land borders, two with Canada and one with Mexico, and is otherwise bounded by the Pacific Ocean, the Bering Sea, the Arctic Ocean and the Atlantic Ocean. Of the 50 states, only Alaska and Hawaii are not contiguous with any other state. The U.S. also has a collection of districts, territories, and possessions around the world. Each state has a high level of local autonomy according to the system of federalism. The U.S. traces its national origin to the declaration by 13 British colonies in 1776 that they were free and independent states. They were recognized as such by the Treaty of Paris in 1783. Since then, the nation has grown to become a global superpower and exerts a high level of economic, political, military, and cultural influence.

More about… the United States, its history and diversity
Refresh with new selections below (purge)

The Liberty Bell is an iconic symbol of American independence. It was commissioned from the London firm of Lester and Pack (today the Whitechapel Bell Foundry) in 1752, and was inscribed with part of a verse from the Book of Leviticus: "Proclaim LIBERTY throughout all the land unto all the inhabitants thereof." It originally cracked when first rung after arrival in Philadelphia, and was twice recast by local workmen. The bell hung for years in the steeple of the Pennsylvania State House (today known as Independence Hall), and was used to summon lawmakers to legislative sessions and to alert citizens to public meetings and proclamations. Bells were rung to mark the reading of the American Declaration of Independence on July 8, 1776, and while there is no contemporary account of the Liberty Bell ringing, most historians believe it was one of the bells rung. It acquired its distinctive large crack sometime in the early 19th century—a widespread story claims it cracked while ringing after the death of Chief Justice John Marshall in 1835. The bell was moved from its longstanding home in Independence Hall to a nearby glass pavilion on Independence Mall in 1976, and then to the larger Liberty Bell Center adjacent to the pavilion in 2003.

Samuel Adams (September 27 [O.S. September 16] 1722 – October 2, 1803) was an American statesman, politician, writer and political philosopher, brewer, and one of the Founding Fathers of the United States. Adams was instrumental in garnering the support of the colonies for rebellion against Great Britain, eventually resulting in the American Revolution, and was also one of the key architects of the principles of American republicanism that shaped American political culture.

Born in Boston, Massachusetts, Adams was brought up in a religious and politically active family. After being educated at Boston Latin School and Harvard College, Adams became a mercantile businessman, but this proved not to be his vocation and he soon turned to politics, and became an influential political writer and theorist. Adams established himself as one of the voices of opposition to British control in the colonies; he argued that the colonies should withdraw from Great Britain and form a new government. Adams called for the colonists to defend their rights and liberties, and led town meetings in which he drafted written protests against Parliament's colonial tax measures such as the Stamp Act of 1765. Adams played a prominent role during protests against the Stamp Act, and in the events of the Boston Tea Party in 1773. He participated in the Continental Congress. He also advocated the adoption of the Declaration of Independence at the Second Continental Congress.

The cuisine of the Mid-Atlantic states encompasses the cuisines of the states of New York, New Jersey, Delaware, Pennsylvania, and Northern Maryland. The influences on cuisine in this region of the United States are extremely eclectic owing to the fact that it has been and continues to be a gateway for international culture as well as a gateway for new immigrants. Read more... 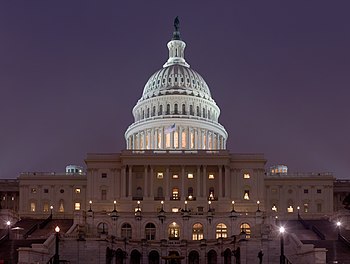 Youngstown is the eighth largest city in the U.S. state of Ohio. The municipality is situated on the Mahoning River, approximately 65 miles (105 km) southeast of Cleveland and 61 miles (100 km) northwest of Pittsburgh, Pennsylvania. Youngstown has its own metropolitan area, but the Pittsburgh Tri-State and Greater Cleveland influence the region. Youngstown lies 10 miles (16 km) west of the Pennsylvania state line - midway between New York City and Chicago. The 2000 census showed that Youngstown had a total population of 82,026.

The city was named for John Young, an early settler from Whitestown, New York, who established the community's first sawmill and gristmill. Youngstown is located in a region of the United States that is often referred to as the Rust Belt. Traditionally known as a center of steel production, Youngstown was forced to redefine itself when the U.S. steel industry fell into decline in the 1970s, leaving communities throughout the region without major industry.

Angelina Jolie (Angelina Jolie Voight on June 4, 1975) is an American actress. She has received an Academy Award, two Screen Actors Guild Awards, and three Golden Globe Awards. Jolie promotes humanitarian causes, and is noted for her work with refugees as a Goodwill Ambassador for the United Nations High Commissioner for Refugees (UNHCR). She has been cited as one of the world's most attractive people, as well as the world's "most beautiful" woman, titles for which she has received substantial media attention.

The Willamette River as it passes through downtown Portland, Oregon.