Opposition to hunting is espoused by people or groups who object to the practice of hunting, often seeking anti-hunting legislation and sometimes taking on acts of civil disobedience, such as hunt sabotage. Anti-hunting laws, such as the English Hunting Act 2004, are generally distinguishable from conservation legislation like the American Marine Mammal Protection Act by whether they seek to reduce or prevent hunting for perceived cruelty-related reasons or to regulate hunting for conservation, although the boundaries of distinction are sometimes blurred in specific laws, for example when endangered animals are hunted.

The term anti-hunting is used to describe opponents of hunting; while it does not appear to be pejorative, it is widely used as such by pro-hunting people.

It is difficult to compare strength of anti-hunting sentiment in different countries, for example because the word hunting carries different meanings in the UK and United States. Nonetheless, it is more possible to compare the strength of the anti-hunting movement in different countries, with some having stronger organization, such as in the UK, and some being nearly without it, such as New Zealand. Opinions can vary widely on different surveys even within the same country, and as in all market research, consideration must be given to recent events that made the news and the wording of the questions, both of which can influence results.[1]

Roots of the movement 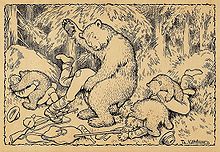 "There are those who have a moral objection to hunting and who are fundamentally opposed to the idea of people gaining pleasure from what they regard as the causing of unnecessary suffering. There are also those who perceive hunting as representing a divisive social class system. Others, as we note below, resent the hunt trespassing on their land, especially when they have been told they are not welcome. They worry about the welfare of the pets and animals and the difficulty of moving around the roads where they live on hunt days. Finally there are those who are concerned about damage to the countryside and other animals, particularly badgers and otters."[3]

Opposition to hunting is not new. Victorian era dramatist W. S. Gilbert remarked, "Deer-stalking would be a very fine sport if only the deer had guns."[4]

The UK government's response to the call for bans on hunting, notably rabbit and hare coursing, has historically been to show its support for the interests of farmers, according to political historian Michael Tichelar.[5] As recently as 2005, one anti-hare coursing organisation referred to coursing supporters as being made up of "10% Nobs and 90% Yobs".[6]

An element of class is absent from the hunting debate in the United States where there are not many obvious class differences in hunting habits. Instead the differences in anti-hunting sentiment relates to urban sprawl and increasing population density.[7] Because of the abundance of public land in the United States, as high as 75% of the land in some states, one need not be wealthy to have access to huntable land in less densely populated areas.

The democratic perspective on hunting in the United States started as a result of the reaction against English laws restricting game to the crown.[8] This is one of the aspects of American culture which formed as a result of that nation's original high number of enclosure refugees from the UK and Ireland. A further distinction between the context of debate on hunting in the UK and US is that US hunting is generally licensed by government agencies, providing licence fee revenue. In contrast to this, hunting in the UK has broadly required only the permission of the landowner or the owner of sporting rights over the land.

"Whether hunters try to justify their killing by citing human deaths caused by wild animals, by making conservationist claims, by claiming that it’s acceptable to hunt as long as the animals’ bodies are eaten, or simply because of the pleasure it brings them, the fact remains that hunting is morally unacceptable if we consider the interests of nonhuman animals. Hunted animals endure fear and pain, and then are deprived of their lives. Understanding the injustices of speciesism and the interests of nonhuman animals makes it clear that human pleasure cannot justify nonhuman animals’ pain. [...] There are also many environmentalist organizations that reject certain forms of hunting, but will nevertheless defend others because they are traditional, or are considered necessary to “control” certain animal populations. Such views are speciesist, that is to say, they are biased against animals, since it’s not the attitude that is maintained generally with regards to human beings. Humans are never killed in order to preserve an ecosystem."[10]