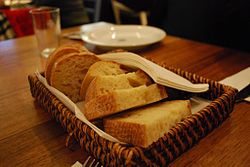 Bread at a restaurant

This is a list of baked goods. Baked goods are cooked by baking, a method of cooking food that uses prolonged dry heat, normally in an oven, but also in hot ashes, or on hot stones. The most common baked item is bread but many other types of foods are baked as well. 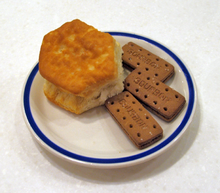 A bacon and egg pie 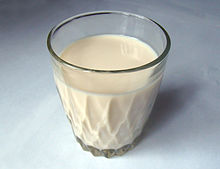 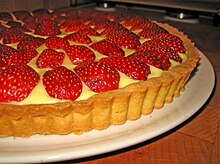 Close-up view of a crostata, a type of Italian tart or pie

A muffin is also classified as cake considering the sweet exterior. Along with the biscuit 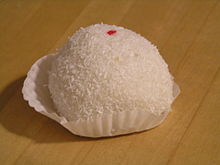 The nuomici is a Chinese pastry