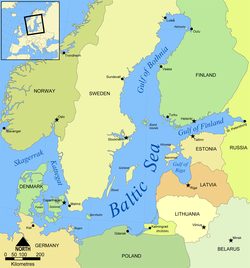 The first to name it the Baltic Sea ("Mare Balticum") was 11th century German chronicler Adam of Bremen.

Depending on the context the Baltic region might stand for: