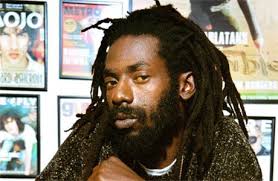 Many Caribbean people, reggae fans, and probably all fans of Buju Banton, received shocking news on Tuesday (Feb 22,2010) evening: The jurors returned a guilty verdict on 3 of the 4 charges, after about 11 hours of deliberation.

From Grammy to Prison

Buju put on one of the greatest shows in South Florida only a month ago, then won the grammy awards just last Sunday.  Things were looking up.  Many expected a not guilty verdict.

Buju, whose real name is Mark Myrie, was found guilty on the following charges:

1. conspiracy to possess with the intent to distribute cocaine,

2. possession of a firearm in furtherance of a drug trafficking offense,

3. using the wires to facilitate a drug trafficking offense.

The fourth charge,  attempted possession with the intent to distribute cocaine, was dropped.

The singer was led away and showed no negative emotions when the verdict was read.  Bond was refused and now Buju awaits sentencing.  Buju’s lawyers have vowed to appeal, as they continue to try to prove their client was a victim of entrapment.

What do you think about the Buju Guilty verdict?

Update:  For Buju Banton supporters or non-supporters, someone has created a Yowlink group ( Free Buju ).  Click it to join and comment.   You need to log in first. There’s also an associated forum.  If you don’t like that group, [Create your own].  Remember, Yowlink is a free network for you.

One Love.  One Caribbean.  Yowlink!

Yowlink is your always free and social community.  Don’t forget to login now and get involved.  You may chat/IM, PM, add friends, join groups, create groups, add events, links, invite friends, network, collaborate, take polls, suggest things to friends, and so on.  Invite friends and / or relatives to join you on Yowlink.

I did like the pic of her you sent to me.  Of course, I don’t know what
Tweet
buju banton, buju found guilty, buju innocent, driver, it's not an easy road, jailed, prison, sentenced